If you are concerned about the health of your local river, you need to get involved in the debate about local area Three Waters reforms by central Government.

The Government’s starting intention is to collect local government Three Waters services into a small number of multi-regional entities with a bottom line of public ownership. This is just a starting intention: the exact design of these entities is still being worked through. 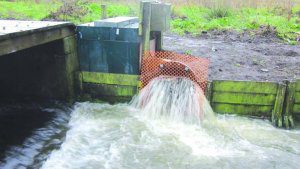 Sewage overflows into the river following a rain event in Christchurch

The reform programme is being progressed through what is being called a voluntary, partnership-based approach with the local government sector, alongside iwi/Māori as the Crown’s Treaty Partner.

The question for us is, if the reforms go through in their current, apparent form, what consequences will they have for the Ōpāwaho Heathcote River?

The greatest pollutants for the river are sediment, stormwater and, in the event of significant rainfall that overwhelms the wastewater system at various points, sewage. These each bring their own mixture of heavy metals, nutrients and pathogens into the river.

These pollutants will not change no matter which authority controls Three Waters; but whether the appropriate authorities are able to reduce these pollutants may well change.

The Christchurch City Council (CCC), under the Comprehensive Stormwater Discharge Resource Consent which it negotiated in 2020, is required to monitor pollution levels and to take measures to improve the quality of stormwater entering receiving bodies like the Ōpāwaho Heathcote River.  That includes progressively improving the capacity of the wastewater system to eventually prevent overflows and it has expended significant sums doing so with more budgeted for future improvements. 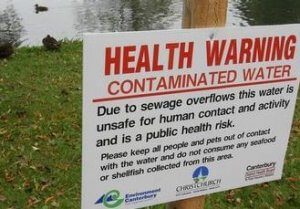 The CCC is required under that resource consent to report annually about its progress in improving water quality to community groups that have an interest in improving the health of Christchurch rivers.  This requirement was mandated by commissioners determining the resource consent following submissions from these groups.

And that is perhaps one of the major concern about the Three Waters reforms: the place and degree of influence of the local community in determining the priorities and decisions made by the proposed water authority.

Under the Government’s proposal, the council’s water assets would be taken from the city council and absorbed by a new organisation covering 20 local authorities in the South Island. There may be some scale advantages in this. There may be more money available to improve stormwater treatment. There almost certainly are advantages in the proposal for small local authorities which currently are unable to afford current and forecast water infrastructure expenditure.

What has not been determined is the mechanism to make such a South Island-wide water authority truly responsive to the priorities of locals. How will Christchurch residents who want a drinkable river be able to influence the improvement of the stormwater discharges and wider catchment issues for the Ōpāwaho Heathcote River and other Christchurch catchments?

There will be so many river catchments throughout the South Island competing for attention, will any authority with a South Island-wide mandate be as responsive as the CCC has to be to the demands of its ratepayers? Not that everyone believes that the CCC is ideal in this area.

And what will be the relationship between CCC and Environment Canterbury and the new water authority?  How will the consents issued by the first two influence the actions of this water authority?

Some of these issues will no doubt be canvassed, and perhaps answered, at a public meeting that former Christchurch mayor Garry Moore is chairing this coming week. Pauline Cotter, Jim O’Malley and Ian Pottinger who chair the respective infrastructure committees at the Christchurch, Dunedin and Invercargill city councils, as well as Green Party list MP Eugenie Sage, will be panelists at the meeting to be held on – Postponed due to Covid – now a Zoom event on Monday, 30 August 7.00pm