Another “Could do a lot better” Report 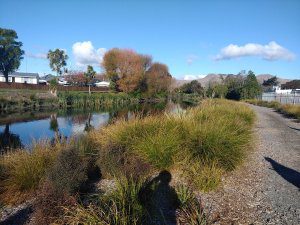 This year’s Christchurch City Council Surface Water Quality Annual Report 2020 is out and the Ōpāwaho Heathcote River catchment overall has shown a slight improvement in water quality, though it remains in a degraded state.

The annual update was delivered to River Care Groups by Clive Appleton, Christchurch City Council (CCC) – Consent Implementation Lead and his team at the recent Annual River Care Groups Liaison Meeting held on 22nd July. It also provided an update and discussion on how the CCC is performing against the conditions of the Comprehensive Stormwater Network Discharge Consent (CSNDC).

While the overall catchment just slipped into the ‘fair’category, water quality at many sites on the Ōpāwaho Heathcote River is ‘poor’, and for the Curletts Road Stream at the Christchurch Southern Motorway site it is ‘very poor’. In fact, this was the worst of the 51 sites monitored by the CCC under the new Comprehensive Stormwater Discharge Resource Consent. The surrounding area is heavily industrialised and commercial, and generates high levels of contaminants, particularly nitrogen and phosphorus. It also has old drainage infrastructure and in places there is incorrect plumbing into the stormwater system. Issues at the Curletts site, and Heathcote River at Ferrymead Bridge, have been given priority for investigation by CCC, and improvement of water quality, after being among the 32 sites throughout the city which failed to meet Attribute Target Levels (ATL), assessed for the first time this year under the new consent conditions. 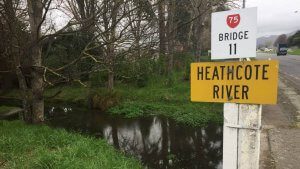 Furthermore, a programme has been established to monitor the effect of storm events on the water quality of Curletts Stream and also Haytons Stream. So far this year there have been three rain events of sufficient magnitude to trigger this sampling, but further data is required to accurately determine patterns. CCC are looking at hotspots for contaminants and working with industry through educative approaches as it can be very difficult to accurately trace the source of contaminants. CCC may also in future begin using this programme in areas of high ecological value as well as those of high contaminant load.

Hi-tech solutions to improve the quality of stormwater will be used more in the future, but city councillors have demanded that such solutions as the StormfilterTM treatment chamber at Richardson Terrace, which cost around $2 million, need to prove their effectiveness before being replicated.  Similarly, councillors have required monitoring of the safety and effectiveness of stormwater infiltration basins like those recently developed on Hendersons Road, particularly with regard to their proximity to community drinking water supply wells. Many such basins infiltrate to the shallow aquifer system and so CCC wants to prevent displacement/mounding of groundwater and contaminants to neighbouring properties.

Mechanical sweeping of high-use streets and sump-cleaning to remove contaminants is being investigated by the CCC as a further means of reducing contamination of stormwater, but current sweeping methods leave behind significant proportions of the contaminants – including zinc and copper from building products and vehicles – which are usually very fine particles.  The use of air and/or water jets in the sweeping process is being investigated. 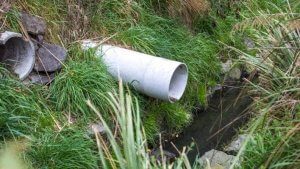 Ecological monitoring was also carried out by CCC in the summer of 2019/20 in the Ōpāwaho Heathcote River. It has shown an overall stable trend with macrophyte density (plants growing in the water) in Christchurch catchments assessed as highest in the Ōpāwaho Heathcote River and Linwood Canal due to low-shading and plentiful nutrients. An overabundance of macrophytes can result from high nutrient levels and may affect ecosystem health. Invertebrate populations such as worms and snails were dominated by pollution tolerant species but the presence of algae was low across all sites.

A stable population of kākahi (freshwater mussels) was found in the headwaters of the Ōpāwaho Heathcote River where the spring-fed waters are largely sediment-free but while fish populations were dominated by native species, there was a relatively low species range. There have been no significant changes over recent years in macroinvertebrate communities which remain degraded particularly by the effects of sediment. While the research is needed on pollution-resistant species, such as snails, impeding re-colonisation by more sensitive species, the greater need is to address the lack of riparian and instream habitat and source populations.

Clearly, there remains a great deal to do to lift water quality in the Ōpāwaho Heathcote River in order to make it an ecologically healthy river in which we can all take pride.