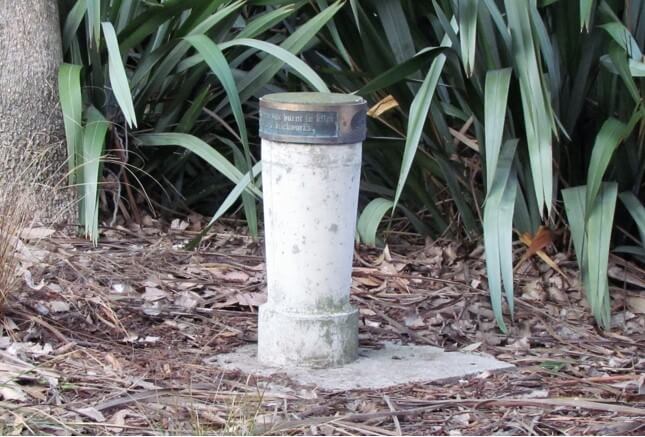 Only this marker indicates where Langdown’s Wharf used to be.

The different wharves along the Heathcote are linked with a diverse range of industries.

William Langdown owned two lime kilns beside the wharf that he built here. Limestone was heated in the kilns to produce quicklime and lime putty which was used in the tanneries located in the area and to make mortar used to lay bricks in the burgeoning township of Christchurch. 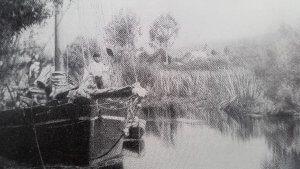 This photograph was taken near here about 1880. It shows Captain Messervy about his vessel “Minnie”. Across the river is a farm house at Radley Farm.

Limestone chip was quarried and put in bags in the hills above Amuri Bluff near Kaikoura. The bags were then loaded onto small ships for the trip south.

Langdown had purchased a 30-ton schooner (sailing vessel with 2 or more masts) called the Bee to make weekly trips bringing back 40 tons per trip.

Getting the limestone onto the vessel without the protection of a harbour was no easy task, and tragically the Bee was lost with all 6 crew members in a storm at Amuri Bluff in 1881. Such tragedies were all too common.

The next 2 markers are beside a jetty 450m downstream.